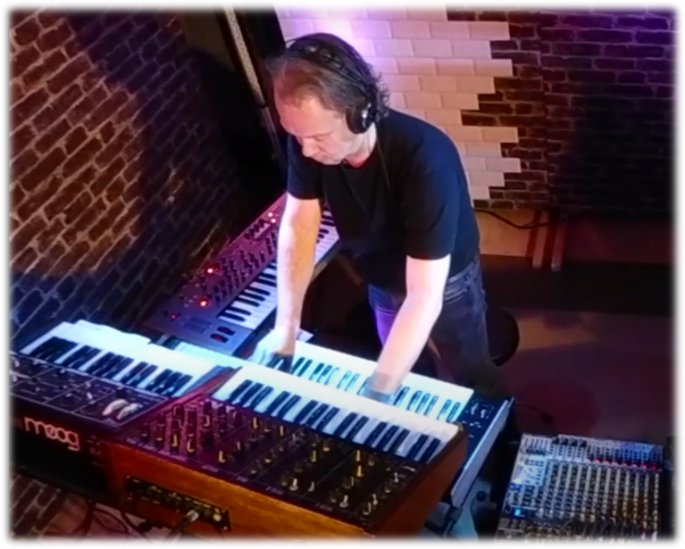 Dutchman Peter Dekker (1973) remembers to have music in his head constantly since he was a 4-years old boy.
It takes until his 9th when he comes up with his first compositions. In first instance Peter takes piano lessons and writes piano pieces, and as soon as he obtains his first keyboard on his 15th birthday, he starts to make electronic music.
Now, 32 years later, Peter owns more than 50 electronic music instruments, with which he composed and recorded an uncountable amount of music.

Peter could be working for days and even weeks on real compositions, but above all he prefers to create music in the most direct and spontaneous way: just sit and play. He tries to reflect his widely oriented musical taste and interests into his compositions, especially those styles you wouldn’t associate with electronica in the first place, like rock, jazz and latin.

Peter Dekker sees himself as a composer using synthesizers for the creation of his music, rather than a synthesizer composer or musician of electronic music.

Däcker’s debut album “Pareidolia” contains an improvisation session from 2018, which was revisited by Remy Stroomer the months after. The album’s release in October 2020, as well as the concert Peter did together with Remy at the BYSS studio on December 19th, 2020, lead to Däcker winning the first price in the category ‘Discovery’ at the annual Schallwelle Awards.