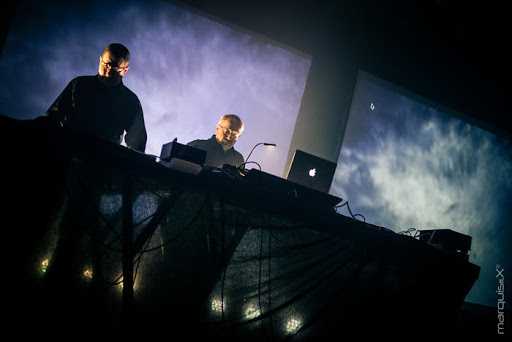 NOTHING BUT NOISE (BE)

Nothing But Noise is a new musical experiment led by three musicians - Daniel Bressanutti of Front 242, Dirk Bergen—co-founder and former member of the very same formation—and Erwin Jadot. If one expects the continuation of the project design chosen by Front 242, one may be very surprised—Nothing But Noise is rather anti-Front 242 and is mainly focused on ambient and improvisation, while the native formation of Bergen and Bressanutti was associated with communicative rhythmicity and energy. Inspired by the personas and music projects such as Tangerine Dream, Klaus Schulze, Kraftwerk, the BBC Radiophonic Workshop, and numerous groups playing krautrock, the artists decided to add a new chapter to that style, basing on the achievements of the groups and people listed above. The result is progressive electronic genre fueled by the synthesizers utilized in the electronic music from the 70s. Ghost of Jean Michel Jarre, Holger Czukay of Can as well as numerous artists of space rock can still be sensed in the tracks. Nothing But Noise is a tribute to the old analog electronics while utilizing them in a specific way—while many artists use it to invoke the aesthetics of a bygone era, members of the formation emphasize the potential and possibilities of using it in the future.